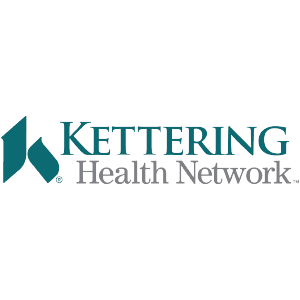 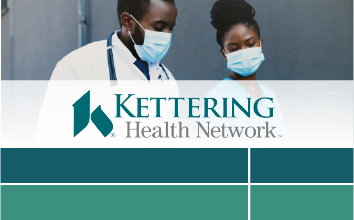 Because you can have the branching scenarios and conditional formatting in Lectora, I was able to do things like customizing the trail head directional sign using status indicators on the different sign posts.

Kettering Health Network was looking for ways to build eLearning courses that were more engaging, robust, and appealing than their existing training. They also needed to create custom courses on training topics specific to KHN, as opposed to general eLearning courses. For example, for one course they worked with the KHN pharmacy department to provide specific training information.

In order to work at KHN, employees are required to regularly complete mandatory training courses on subjects like confidentiality, sanitation practices, and more. By making these courses engaging, KHN intends to increase employee participation and completion.

Bernadette Sacksteder, Human Resources Specialist: HealthStream & Orientation was tasked with taking an existing, boring KHN Performance Improvement course and making it more engaging. She also needed to revamp the orientation experience for new employees, plus create new courses from scratch: KHN Corporate Integrity and KHN Handwashing. Much of the content in this training was specific to Kettering Health Network.

“We knew we were going to create the new training with Lectora,” said Bernadette, “But the question was: how cool are we going to make it?”

“I started pitching Lectora’s capabilities when it sounded like we had an opportunity to do something special,” said Bernadette. “I showed them what we can do: responsive text, questions where you’re clicking in certain places on a screen, calculations, and more.”

The stakeholders at KHN knew they wanted something different from this training—and to start from scratch—so Bernadette presented mockup examples. She showed the characters that are available to use as narrators or guides in Lectora, including the eLearning Brothers Cutout People library that’s built into Lectora. Bernadette also started working with Pixton to incorporate comics in the training. She added speech bubbles for the comic characters using Lectora, which made it easy to switch out the dialogue text as needed.

The KHN Corporate Integrity course began with a storyboard of a forest adventure, complete with a ranger wearing a hat. From there, Bernadette was able to create a custom, scenario-based course featuring a few engaging characters: Carly Compliance, Ranger Robert, the Phisherman, and the Billings Bear. Bernadette was able to get everyone involved at KHN to do voiceovers for the narration of these characters.

The trailhead shows the three branches of the Corporate Integrity training: Patient, Payment, and Relationships. Learners can complete these branch sections in any order they choose—once a branch has been completed, a green check mark appears next to it.

Bernadette explained, “Because you can have the branching scenarios and conditional formatting in Lectora, I was able to do things like customizing the trail head directional sign using status indicators on the different sign posts.”

Lectora allowed Bernadette to be creative with the Corporate Integrity training. “We were able to set it up like an adventure with challenges at the end,” said Bernadette. “For example, on one branch Carly meets the Phisherman, then she has to go over a rope bridge, and on another branch she meets the Billings Bear.”

By using Lectora’s status indicators, Carly was able to prevent learners from skipping sections of the Corporate Integrity course. She also added navigation to help employees find information after taking a course—this allows the course to be used as a reference resource.

Kettering Health Network has successfully overcome resistance to training by creating engaging, high-quality courses in Lectora. “Lectora makes it pretty easy to make courses that look professional,” said Bernadette. “When learners open a course and it looks professional with higher production values, it looks like something to pay attention to and take seriously—Lectora makes that easy to do.”

By implementing the new training courses, KHN hopes to have better compliance numbers, which leads to fewer disciplinary actions, which leads to fewer terminations. As of March 22, 2017, they’ve had 4,565 total completions of the Corporate Integrity course. By the end of 2017, all 14,000 employees will have taken the course.

Kettering Health Network was also presented with the 2016 HealthSteam Excellence Through Innovation Award for Authoring & Instructional Design for the courses created using Lectora.

In addition, post-course survey results have revealed how much learners liked the new courses created in Lectora. Employees reported that KHN orientation and annual mandatory education were much more pleasant now. They praised the fun interactivity, creativity, and appeal to different learning styles.

When asked to share some advice with other eLearning professionals, Bernadette said, “Don’t be afraid to be funny, or indulge your sense of humor. Yes, these are serious topics, and yes, corporate integrity is a serious topic, but by not taking ourselves seriously, we can make it more interesting so that people will like it.”

And the best part? “Being able to create things and to be creative is the part of my job that I really enjoy the most,” said Bernadette. “Being able to use a good design tool like Lectora makes it better. There’s very little that I have wanted to do that I couldn’t get Lectora to do for me.”

Meet with fellow Rockstars, share your creations, learn tips and tricks, and so much more!

Visit the Knowledge Base for tutorials, help articles, and getting started guides on all our products.