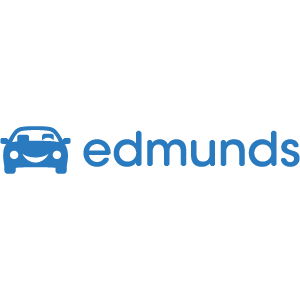 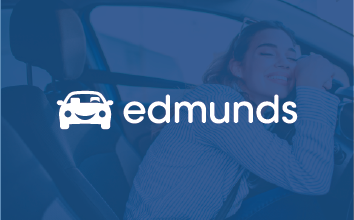 "We now have greater confidence that training is being delivered accurately and consistently."

Edmunds.com was named one of the most trusted prominent online review sites and was once ranked 4th overall, outperforming Yelp, Google+, Hotels.com, City Search, and others. The site receives more than 20 million unique monthly visitors and more than 8,000 car dealers add their inventory to Edmunds.com’s catalog of used and new vehicles.

Edmunds.com’s sales team focuses on selling Edmunds.com to car dealers to expand that network of buying opportunities. Sellers fall into one of three groups: Sales Executives—selling only new business; Relationship Managers—retaining and upselling current dealers; and Account Executives—a hybrid of the two previous roles in rural areas. For quite some time, Edmunds.com’s regional directors would physically “ride along” with their direct reports to ensure proper and successful selling techniques; however, this activity was occurring less and less as other leadership activities were taking up the regional directors’ time.

by Sales Effectiveness Managers via a web-based sharing tool. The hope was that Sales Executives and Relationship Managers would use the new skills on the road and with dealers.

Rehearsal, a video-based practice tool, attracted Edmunds.com by showing how easily the technology allowed for videos to be re-recorded before “publishing.”

Rehearsal’s clients in aggregate tend to record themselves approximately 6 times before they publish a “final product” to share with others. Edmunds.com thought the ease of use to re-record videos would promote and encourage repetition—and practice!

Edmunds.com quickly worked with Rehearsal’s Client Success team to execute a contract and the system was turned on in a day. The initial pilot brought together 20 sellers flown into the company’s Santa Monica Headquarters. Sellers were trained to learn about a new product in a traditional classroom setting. On the first night, sellers then recorded their pitches with Rehearsal in their hotel rooms. The next day, sellers and sales leadership watched the videos and selected the best pitches by adding them to Rehearsal’s leaderboard. That afternoon, those leaderboard pitches were projected in a classroom-setting with the entire group and attendees voted on the best pitch before awarding a prize to the seller with the winning pitch.

Based on the reactions from the initial run, Edmunds.com moved into a new phase of implementation: HTV, or hypothesis, test, validate.

The Sales Effectiveness Team uses a continuous method of HTV to validate and create hypotheses based on results from each phase of testing. The team’s hypothesis was that if they assigned Rehearsal tasks to some sellers on a pre-existing product and allowed the regional directors to be the mentors (coaches) then the coaching advice and sharing of best videos would increase the sales of that product. For the testing phase, Relationship Managers (RM)—1/3 of the sales team—were sent multiple assignments on pitching a specific product, handling situations, and managing objections. The Sales Effectiveness Team sent out the assignments and monitored if any RM had neglected to complete a task. As a result, 100% of participants completed the assignments.

Regional directors were assigned the role of mentor/coach and were responsible for accepting and/or rejecting each video published by the RMs. The company encountered an unpredicted learning opportunity: some directors were simply “checking the box” while others provided genuine and constructive feedback.

The take-away was that not all managers know how to coach constructively.

The company noticed that during this period the only change to the Relationship Managers’ training and selling experience was the introduction of Rehearsal. As a result, senior sales managers jumped fully into supporting Rehearsal and are now expanding the use of Rehearsal to develop the sellers who are performing at the bottom 1/3 of the sales team.

Meet with fellow Rockstars, share your creations, learn tips and tricks, and so much more!

Visit the Knowledge Base for tutorials, help articles, and getting started guides on all our products.